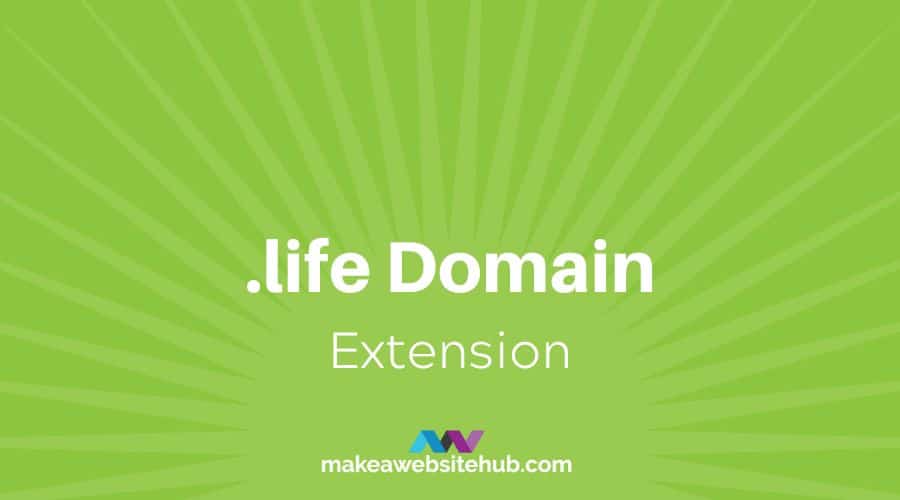 .life was initially sought as a TLD by way of “Donuts,” a division of Trixy Oats, LLC. As with several other new ideas for TLDs, submitting the application for .life to become a domain extension came in May of 2014.

While some domains were created for the sake of particular fields or interest groups, .life is an all-encompassing domain that.

Similarly to how the real world is filled with countless forms of life, .life is home to websites dedicated to all manner of topics.

Why choose a .life domain extension?

The reason why someone might want a .life domain is because “life” is a word that can mean many things to many different groups; its a word that offers an open-ended and unconfined room for creativity in marketing and branding.

There is also a good deal of wisdom in taking a .life domain when it comes to Search Engine Optimization (SEO); there are countless websites that use the decades-old extensions like .com, .net and .org, but far fewer sites exist with an attachment to a TLD like .life. It’s a chance to stand out in the SERPs.

As there are plenty of things a creative person could do if given the chance to name and acquire a .life domain, the ensuing list has been created with the goal of stoking a person’s creativity.

Note that because domains are constantly being bought up, there is no guarantee that a particular list entry has not already become a reality.

Where can I buy a .life domain name?

.life has been freely available to the general web-surfing public since Donuts had its TLD application confirmed in September of 2014.

Most domain name registrars will have .life domain names available to buy.

Here are a few that you might want to check out..