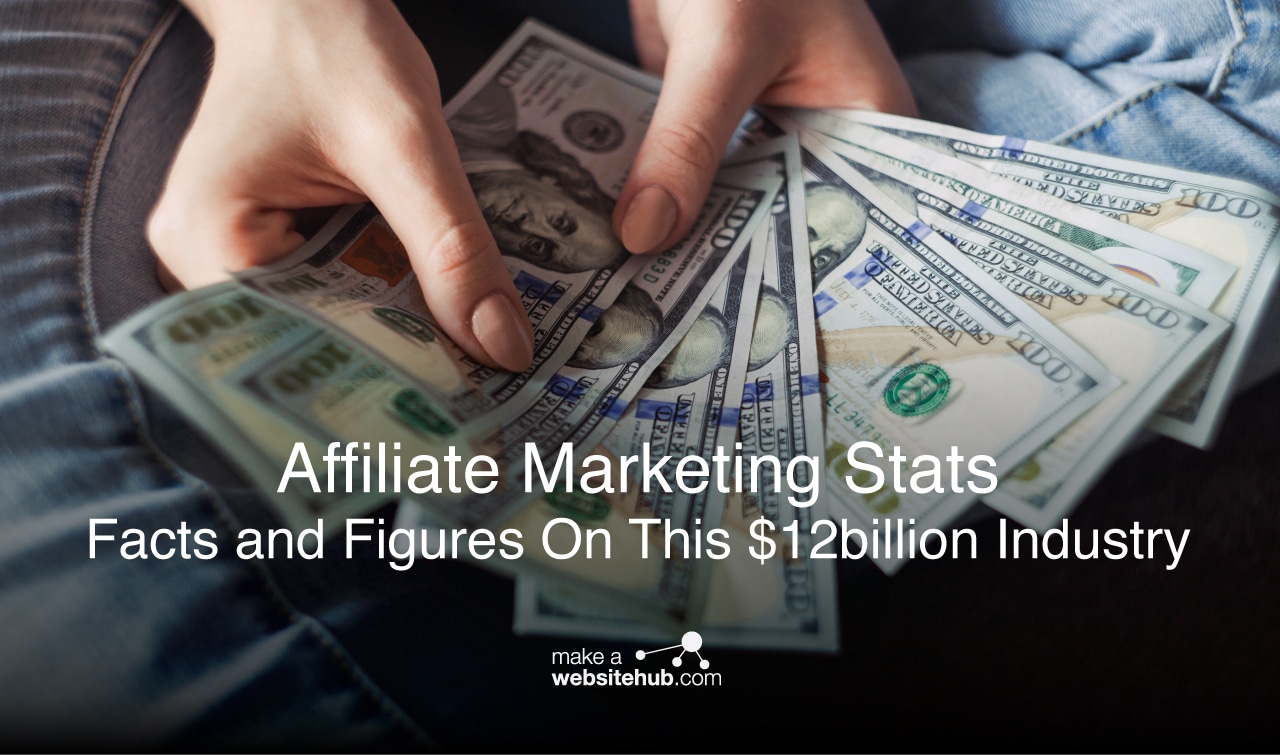 Affiliate marketing completed changed the face of business when it first hit the scene nearly two decades ago. Back then, companies were just realizing the potential of the Internet. Thanks to the dot-com bubble, affiliate marketing took off!

All of a sudden, ordinary folks were raking in millions of dollars in commissions while businesses were experiencing significant profits. Even today, affiliate marketing remains to be one of the most lucrative opportunities for Internet entrepreneurs. It allows you to monetize your website while working with some of the biggest companies and advertising firms in the world.

Don’t take our word for it!

Here are some of the most impressive affiliate marketing statistics of 2020.

1. The idea was first conceptualized in 1989.
The concept of affiliate marketing may seem obvious today. But in the early days of the Internet, e-commerce was still in its infancy. About four years after the World Wide Web was established, affiliate marketing was developed by William J. Tobin.

Tobin was the founder of PC Flower & Gifts.

2. Early affiliate marketing efforts were done on the Prodigy Network.
Prodigy Network is a real-estate crowdfunding platform. Tobin used the platform to start his affiliate program. He remained on the platform until 1996. PC Flowers & Gifts ultimately earned 6 million dollars on the network.

5. Affiliate marketing saw massive growth in 1996.
Many of the modern affiliate programs we know today were first established in 1996. This includes Amazon Associates, BeFree, and Rakuten, which was known as Linkshare at the time.

6. Major affiliate networks launched in 1998
ClickBank and Commission Junkie were first established in 1998. These larger networks opened up a world of opportunity for publishers, allowing them to work with multiple merchants with one account.

9. Disclosure laws went into effect in 2009.
The biggest game-changer in the industry came in 2009. New laws required publishers to disclose working relationships with companies they promote. Essentially, this means that affiliates have to let their audience know when they’re getting paid to promote a product.

The Success of Affiliate Marketing

13. Most brands take advantage of affiliate marketing in some way.
Affiliate marketing is the perfect form of advertising for brands big and small. It’s entirely performance-based, so companies are only paying commissions for successful leads and sales.

How many companies around the world use affiliate marketing? About 81 percent!

16. Most publishers rely on more than one affiliate network.
To diversify income streams, about 94 percent of publishers who utilize affiliate marketing on their sites will enroll with two or more affiliates. This is done to increase revenue and provide more product opportunities.

About 39 percent of publishers use three separate networks while 20 percent use five or more!

18. Many companies contribute 15 to 30 percent of sales to affiliate marketing.
On average, about 23 percent of a merchant’s revenue comes directly from affiliate marketing. When it comes to a return on their investment, this figure puts it neck and neck with search engine optimization and pay-per-click advertising.

20. Affiliate spending in the UK surged in 2016 and 2017.
Most of the spending comes from the US market. However, the United Kingdom is experiencing significant growth as well. Between 2015 and 2016, UK spending rose by about 15.1 percent.

22. It’s effective for a wide demographic.
Contrary to popular belief, this marketing technique isn’t just reserved for Millenials and tech-savvy generations. The most popular market demographic is between the ages of 25 and 54. About 31.86 percent goes to consumers between 35 and 44. For the 55 and up demographic, the market share is still respectable at 12 percent.

26. Most affiliate marketers are men.
Currently, most affiliates are men. The affiliate scene is made up of about 54.23 percent men and 42.97 percent female.

31. Most affiliates will promote 10 products or less.
Affiliate marketing is a balancing act for publishers. Obviously, the more products you promote, the more chances you have to make a commission. However, going overboard could turn readers off!

32. It’s an easy form of monetization for publishers.
There are several reasons why website owners choose affiliate marketing over other forms of monetization. According to surveys, 76 percent choose it because it’s the easiest monetization method available. About 45 percent said that they like it because it doesn’t affect the reader’s experience on the site.

Roughly 48.36 percent of all affiliates make less than 20,000 dollars a year, which is significantly less than the average income for individuals.

36. A small percentage of affiliates make more than $150,000 a year.
It is possible to earn a good living with affiliate marketing. But, it’s relatively rare. Only about 3.7 percent of affiliates earn more than 150,000 dollars a year.

37. Leading affiliates can earn millions.
Of course, there are major success stories with affiliate marketing. Several top affiliates earn six-figure incomes. One of the most successful affiliates, Jason Stone, earned 7 million dollars in a single year!

38. Amazon offers between 1 and 10 percent commissions.
One of the most popular affiliate programs is Amazon Associates. The program is unique because it offers variable commission rates for different products. Rates are calculated based on the interest of the product and its price. For example, easy-to-sell items may have a low commission of 1 percent. Meanwhile, luxury products that cost thousands of dollars usually come with a much higher rate.

39. Amazon provides access to the most merchants.
Speaking of Amazon Associates, the program provides affiliates with products from over 8,000 merchants.

40. ShareASale has the largest market share.
The biggest affiliate network is ShareASale. It currently holds about 57.7 percent of the market. The network was recently acquired by Awin.

41. Affiliates working with Awin earned nearly three-quarters of a billion dollars in 2018.
ShareASale’s parent company paid affiliates roughly 734 million dollars to affiliates in 2018. That revenue was shared between more than 100,000 affiliates.

The marketplace company had some traction in its early years. However, it was considered a failure in 2009. After the company started taking advantage of affiliate marketing, things turned around. When the company went public, it had one of the highest IPOs since Google!

As you can see, affiliate marketing is one of the Internet’s biggest success stories. It turned the World Wide Web into the global sales powerhouse that it is today.

There are no guarantees with affiliate marketing. But, it doesn’t hurt to give it a try. If you already have an established site, there’s nothing to lose and a whole lot to gain!