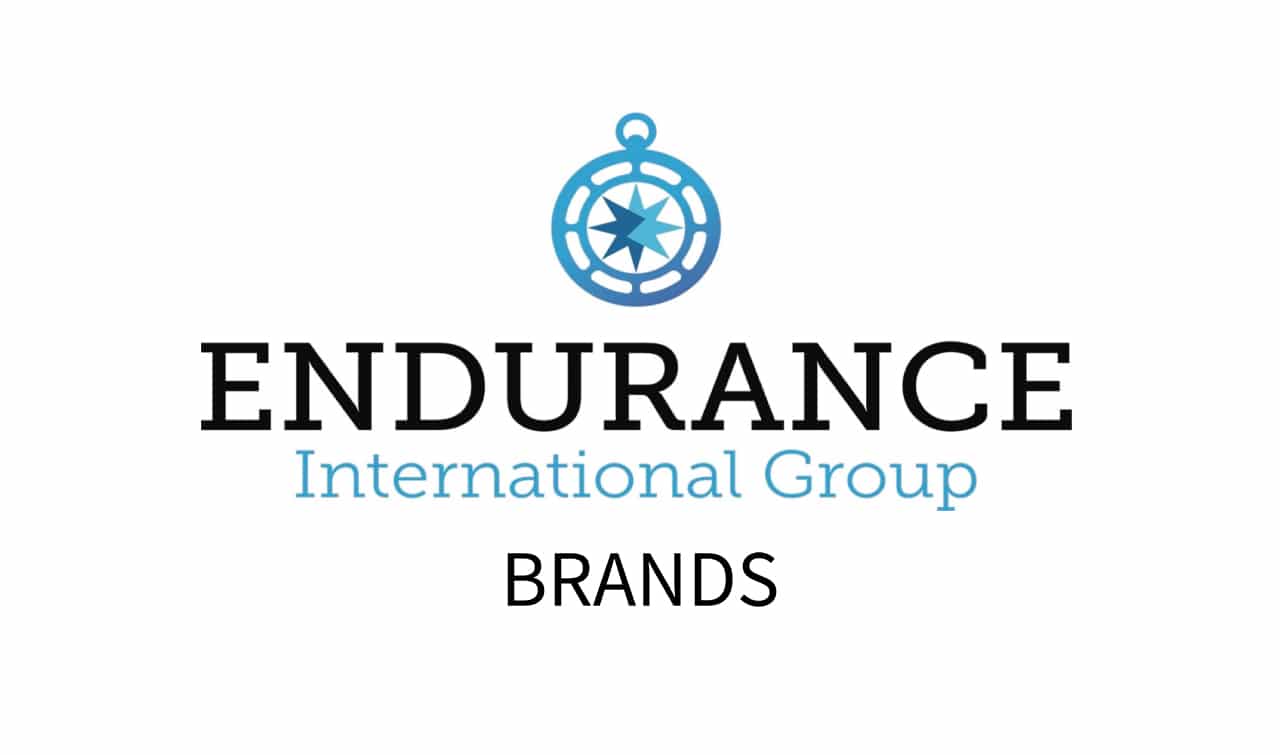 EIG, short for Endurance International Group, one of the largest players in the web hosting space, is a conglomerate that has taken over numerous other hosting companies over the past few years. As a matter of fact, EIG has north of 70 web hosting brands in its portfolio, serving around five million customers.

How EIG came to be?

EIG was established in 1997 under the name of BizLand, and its headquarters were located in Burlington, Massachusetts. Almost 15 years later, in 2011, EIG, which was owned by the private equity firm Accel KKR at the time, was bought by a joint equity venture consisting of Goldman Sachs Capital Partners and Warburg Pincus for the price of $975 million.

Two years later, the conglomerate announced its intentions to raise $400 million through an IPO and getting listed on the NASDAQ; however, when the company did go public, it only managed to raise $252 million, which fell short of its initial aspirations.

Where is EIG today?

The company is currently valued at $1.32 billion while still remaining in its original headquarters in Massachusetts. During the second quarter of 2018, it reported revenue of around $287.8 million but a total net loss of $2 million.

How did EIG get to be so big?

EIG’s strategy has been simple enough: use free cash flow to acquire new assets, both domestically and internationally, and add them to its portfolio. And, thanks to the large number of companies it has managed to amass under its umbrella, EIG is able to leverage economies of scale to a degree that several other web hosting companies might find difficult. As a matter of fact, an executive of EIG was once quoted as having stated that the company’s core strategy was to focus on growth through investing in mergers and acquisitions.

There are numerous examples that highlight the company’s strategy in action. For starters, in 2014, it made four purchases, the largest of which was for the web presence business of Directi for around $110 million.

In March 2015, EIG acquired 40 percent of AppMachine, a Netherlands-based technology startup. The list of acquisitions goes on, be it that of Site 5 and Verio Web Hosting in August 2015 or that of Constant Contact in November 2015.

How do all these acquisitions affect EIG’s services?

Naturally, several of you might be wondering whether the services offered by EIG are any good given all the acquisitions they’ve been making over the years. Well, it depends on who you ask.

On the one hand, the BBB, the Better Business Bureau, gives it a rating of A+, based on several factors, including how long EIG has been in business, how many complaints have been filed against it, how well the company handles those complaints and other background information. On the other hand, some might argue that EIG ruins the hosts it acquires thanks to the conglomerate’s efforts to cut costs wherever possible.

What are some of EIG’s most famous brands?

Now that we understand a little about EIG and its history, we can take a look at some of the largest names under its belt:

When it was established in 2003, Bluehost came onto the scene with the objective of making a better hosting company than what was already out there. With that in mind, they made themselves the ideal hosts for those of you just starting out their online journeys. It was later acquired by EIG in November 2010.

It is built on open source technology and is currently focused on helping small and medium-sized businesses establish a successful web presence. With that in mind, the company has managed to power millions of websites all over the world, making it one of the largest cloud-based online solutions provider.

This is another famous name on this list, one you probably might have seen or heard before. Founded in 2002, Hostgator has always strived to aid entrepreneurs, growth hackers, and online marketers to establish their online presence. Subsequently, the company was acquired in June 2012 by EIG.

What makes Hostgator stand out is that its platform is geared for growth, making it perfect for most businesses out there, regardless of size. Additionally, the company offers excellent support, which allows its customers to focus on their business rather than worry about the technical details of having a site.

Offering simplified email marketing, Constant Contact is ideal for small businesses planning to scale. With that in mind, EIG bought the company back in 2015.

As a matter of fact, Constant Contact doesn’t just provide email marketing, but it also tags onto that other online marketing tools and resources as well as coaching that is tailored to its clients. What’s more, Constant Contact has a large network of educators, consultants, franchises, and technology providers, all of which are there to support the company’s customers and help them succeed, making Constant Contact ideal for small organizations, nonprofits, and any association that may be lacking in means.

Owned by EIG since 2007, iPage is perfect for small businesses who want to navigate the web and find online success. This is because iPage makes building an online presence a quick and easy process with both their drag-and-drop site builders and their wide selection of hosting plans. Furthermore, iPage tries to ensure that its clients maximize their online impact by providing them with a team of web advisors who offer top notch service.

As the name might suggest, Sitebuilder specializes in helping its clients build their ideal site. Consequently, the company offers all the latest and easiest to use tools to achieve that end, including the ability to drag and drop content as well as a wide array of templates to choose from. Thanks to Sitebuilder’s utility, EIG decided to add it to its portfolio in the second quarter of 2015.

Today, any individual who wants to start something online, be it a blog or an e-commerce site that sells shoes, can find all the features they might need and more at Sitebuilder in order to build a site that has all the functionality they need while still having a unique look that speaks for its owner.

Acquired by EIG in January 2014, BigRock is an all-in-one shop for anyone who wants to establish their web presence, offering site building tools, domains, and so on, all of which are aimed at making online success one step closer.

Founded in 2000, Domain.com started off as an efficient registrar that made domain name registration easy. Today, the company offers the best of both worlds: On the one hand, it has excellent web hosting and domain registration services, both of which are of the highest quality. On the other hand, it also offers these services at extremely affordable prices in comparison to the rest of the industry. As a result, EIG decided to acquire the company somewhere around 2011.

Domain.com offers a wide range of solutions that are geared towards creating and marketing websites, such as web hosting, email marketing, SSL certificates, VPS hosting, and more.

Established in 1999, BuyDomains has one of the largest assortments of premium domain names, all of which are for sale. In fact, BuyDomains has more than a million high-end domains for sale, which offers business owners and entrepreneurs the opportunity to find the domain name that is ideal for them and their online presence. After all, any successful online business has to begin with the right domain name. It is for this reason that EIG bought BuyDomains in 2014.

For many small businesses, whenever there is new information worth sharing, it might be tedious to have to worry about updating said information on all the relevant publishers, such as search engines, review sites, and mobile apps. Fortunately, this is where SinglePlatform comes in.

Simply put, SinglePlatform allows its clients to update their information on plenty of relevant outlets, including Google, TripAdvisor, and Yelp. This ability to easily add content and have it shared on the spot helps small businesses stand out and strengthens their online presence.

By providing more than 7,000 themes, services, logos, and apps, Mojo Marketplace enables its clients to build, brand, and scale their websites. Additionally, Mojo Marketplace is so focused on its clients’ success that it offers a wide selection of WordPress products along with experts and training. This is not to mention the designer and developer access and the custom logo design that is offered, all for the client’s benefit. In fact, it is the company’s focus on empowering the customers that compelled EIG to buy it in March 2013.

ResellerClub offers a wide range of services for web designers, developers, and professionals so as to help them establish the online presence of small businesses. These services include hosting, domains, applications, security, scripts, and templates. Owing to its usefulness to web professionals, ResellerClub was acquired in January 2014 by EIG.

For those of you looking for the perfect domain name for their business, Buydomains might be the ideal solution for you. It enables you to search for premium domain names, names that have already been registered but are for sale. Obviously, the more memorable and brandable a name is, the more expensive it will be. Buydomains was bought by EIG in 2014.

Other brands under EIG’s umbrella?

Seeing as EIG has been at it for a while, it has managed to amass a large number of companies under its belt. Here is a list of some of the brands it owns, some of these hosting brands I have reviewed in more depth:

It is worth pointing out that EIG owns significantly more brands than the ones on this list.

What does this all mean for you, the consumer?

The fact that EIG has spent so much time building its portfolio has the internet split: Some say that this consolidation has led to a deterioration of service, while others argue that it doesn’t really matter. Regardless, if you choose to go shopping online, you should do your own research and decide for yourself. Ideally, you should have a list of criteria, things you want and things that are deal-breakers, and see which options meet them.

For example, if you decide to go shopping for a domain registrar, your criteria might look something like this:

Conversely, there are several things you might be wary of: For instance, you should look out for bad user experience, something online reviews can easily point out.

You might also want to be careful of any add-on pricing or hidden fees involved, especially if the registrar keeps trying to upsell you.

The bottom line is that every situation is different, and your relevant experience along with your goals will play a big factor in deciding which service you go with. Ergo, whether a company is part of the EIG family or not should not factor into your decision as much as other more pertinent factors should.