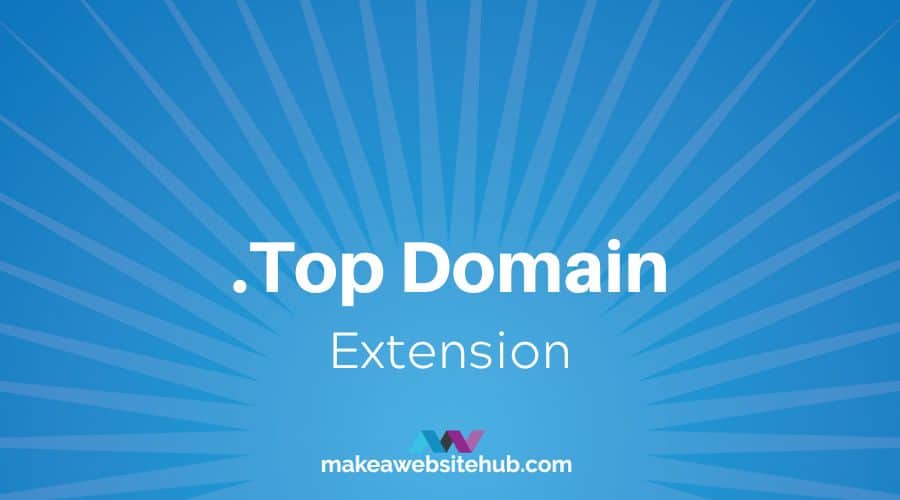 .top is a “Top Level Domain” governed by the Nanjing, China-based domain firm Jiangsu Bangning. Despite being sought after by a Chinese company, it is a general TLD that is available to anyone with the money to buy a .top domain.

Why choose a .top domain extension?

Unlike some TLDs, which are offered to clients of a certain industry, field or profession, .top is a general domain that is suited for anyone who might be interested in it. One of the biggest benefits to the .top domain is that there are far fewer of them when compared to the literal decades of .com, .net, .org and .edu domains that have been added to the internet.

One of the most obvious reasons why someone might decide to purchase a .top domain is to emphasize that their particular company, business or service is at the top of its skill and quality.

Because .top is such an open-ended domain with a wide ranging of options for users, this list has been provided in order to spur on creativity in names for .top sites. Note that due to the wide-ranging nature of domain names, some of these suggestions may have already become actualized.

Topographical websites. Simply take a region, either in the real world or detailed from a fictional sources, and such a site could serve as a topographical map of that region. For example, “faerun.top” might be used by fans of the “Forgotten Realms” “Dungeons & Dragons” campaign setting in lieu of a massive world map that was initially offered in quadrants that came with four issues of a gaming magazine. It could also be used by private space explorers in highlighting where along a given planet’s surface the company had been approved for establishing a colony.

“aimforthe.top.” Any site with this sort of name would likely be a shoutout to the Japanese mecha series Gunbuster; “aim for the top,” was that series’ tagline. Such a site would likely cover the voice cast, feature concept art, clips of episodes and so on.

“growing.top.” This URL might be used to promote topiary and possibly also bonsai trees; basically, any sort of greenery whose growth is cultivated and directed by human intervention, often with pruning shears would be fair game.

“iso.top.” This domain could belong to a site concerned with explaining isotopes in great detail, explaining how they develop, listing off useful isotopes that are easily found in daily life and so on.

“thebig.top.” This domain could be used by a museum to the world of circuses and carnivals. Given that sort of premise, it might feature pages on well-known or record-holding individuals associated with such venues, like famous fat woman Dolly Dimples or the infamous promoter Robert Ripley of “Ripley’s Believe It or Not” fame.

“service.top.” This site would branch of off an established business’ site and serve as the hub for all of its various services. The inclusion of the .top domain helps to convey the notion that the site’s traffic should expect to receive top quality service.

“redlightgreenlights.top.” This site, which takes its name from the classic children’s game “red light, green light,” could serve as an interactive repository for parents and teachers to share the sort of childhood games they grew up playing or have lead their children or students in playing sessions of.

“whoson.top.” This site, which takes its name from riffing on the famous Abbott and Costello comedy routine “Who’s on first?,” would take the notion of comparing baseball positions and intimacy and take it a step beyond. In short, this sort of site would be dedicated to the sexual education of its audience and be used to inform novices of various techniques and positions they may have never even heard of or known that others had an interest in pursuing.

Where can you buy a .top domain name?

.top has been available for the general website creation since November 18, 2014. Anyone interested in acquiring a .top domain can do so from sites like 101Domain.com, Name.com, Instra.com and UnitedDomains.com.

Find out about even more domain name extensions